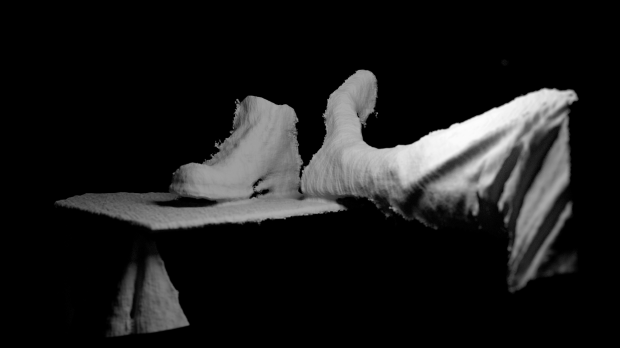 You may have heard that ‘Kinect-Fusion’ as seen at siggraph 2011 is now available through Microsofts Kinect SDK. It’s now possible to scan larger objects with just a Kinect. I use a Kinect for Xbox 360 (with Poweradapter, for old Xbox360) on a dualcore AMD Athlon64 x2 5200+ @2.71GHz and a GTX480. With that setup it is not simple to scan a hole human cause if you try to move the kinect around the person it looses tracking an rebuilds whatever you had already scanned. 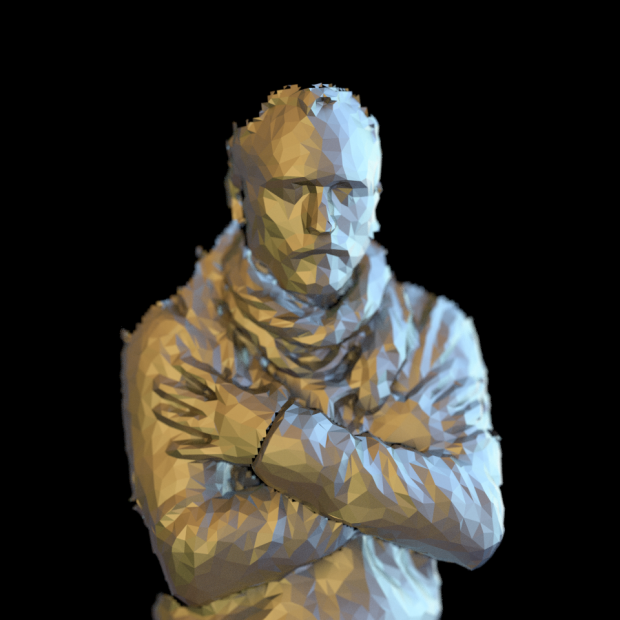 The original resolution of the scan is around 2-3mm as seen on the next Picture:

After a bit of playing around with the Demo i guess you have to adjust Clipping and resolution as well as the ‘dynamic’ of the object you want to scan. If i set all faders to maximum i end up with quite a small scanvolume. I dont know if that is due to my 1.5GB-Nvidia-Card or the Athlon or because it’s an Xbox360-Kinect.

I didn’t find a method to scan smaller objects by rotating them in front of the camera jet but this one: set min and max clipping to ‘isolate’ your object, than the software can only use the object itself to reorientate each frame: 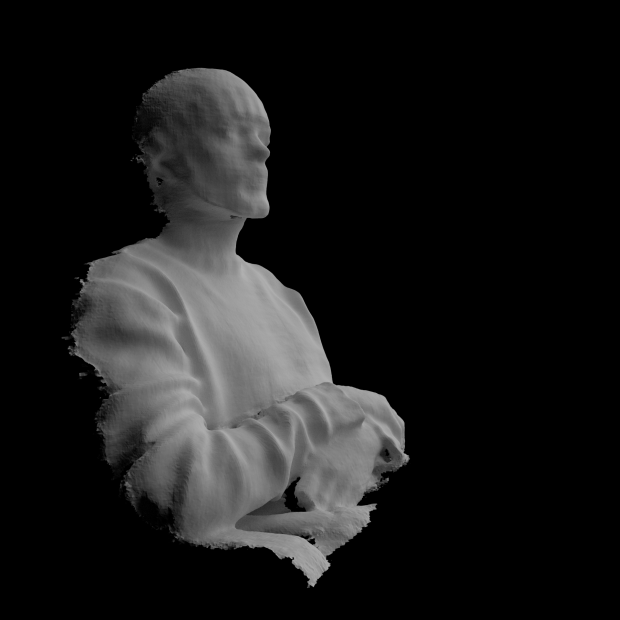 This picture of me is taken by myself using a static Kinect and an office-chair.

One thought on “Finally: Kinect Fusion”