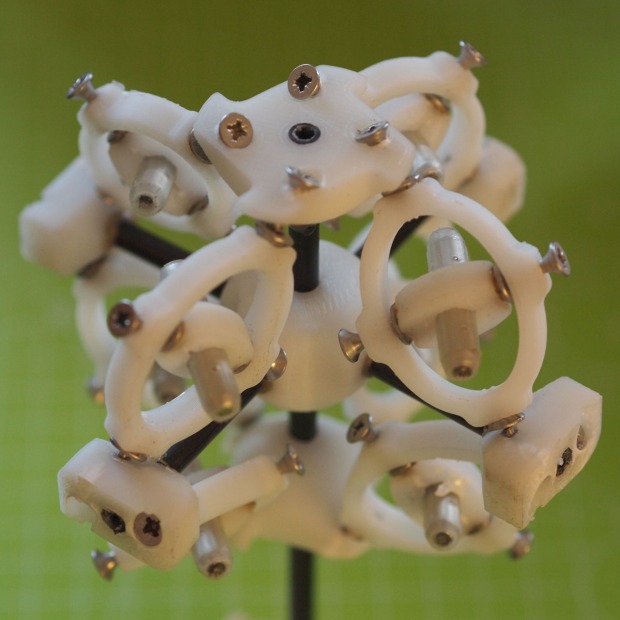 This is a cluster of eight dipoles. I did not thought about this until a few months ago when a friend came up with this at christmas. He told me that it would help him at work. So here it is! In this case the dipoles are represented by Toy-Magnets i had laying around. Each magnet sits in its own gimbal allowing free rotation around its centerpoint which is one corner of a 40mm X 40mm X 40mm cube. Manipulating one magnet forces the other ones to align. This is as fascinating as it is hard for me to explain. But don’t worry, Dr. Johannes Schönke will have a look at it.

(The screws in the picture might trigger some trolls. They are made of the least ferromagnetic stainless steel I found. But of course, there shouldn’t be any ferromagnetic part.)